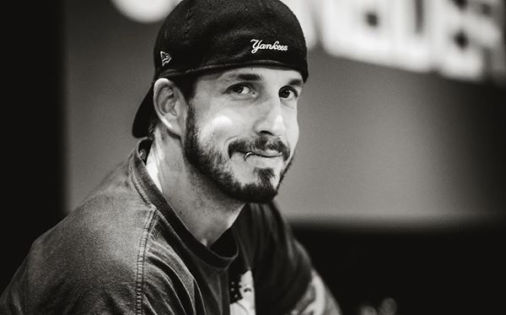 My background in music is what naturally first exposed me to the craft of audio engineering long before I engaged in it more seriously myself. Already as a teenage musician I was very interested in the recording process and especially anything audio that happened around the stage.
I started playing the drums at the age of 10 and went on to study jazz at the conservatory, graduating in 2007 and I have been playing and teaching drums professionally since then. Once my performing career began gaining momentum, I found myself on the sets of music videos and in TV studios more and more often. What immediately would come to my attention was a certain team-spirit which seemed to be ever present on the various sets. I found it quite comparable to the dynamics that I'd experienced within musical groups. Everyone on the crew or in the band focuses on the common goal of capturing the perfect moment, take, shot or mood.

I realized, I myself wanted to become part of such a team and asked my friend Daniel Hasibar of 4earstudios, who was already working on film sets as a mixer, if he would let me tag along, possibly as a PA(?), some time. Thankfully he agreed to my proposition, but rather than as a PA he immediately put me to work as his boom operator on my first day on set and after that, I was hooked.
I began researching production sound equipment, started acquiring my own and used any presented opportunity for getting more practical experience and further honing my skills on film sets.

Fast forward to now: I'm even more into booming, ENG and film making and I am still happy to tag along!